Why use a Dribble Bar or Trailing Shoe?

In Ireland most slurry is land spread by the splash plate method. This method of application can result in up to 80% of the available Nitrogen (N) applied in the slurry being lost to the atmosphere in the form of ammonia.

Not only does this result in a loss of this valuable nutrient but it also causes atmospheric pollution.

Following surface spreading, approximately 30% of the total ammonia loss takes place in the first hour and the 80% above within the first 12 hours. A basic concept to minimise such losses is to reduce the surface area of the spread slurry that is exposed to the air.

Systems of slurry spreading that minimise the surface area of the spread slurry exposed to air and lower ammonia loss are widely used across Europe. These alternatives mainly include: Dribble bar spreading and Trailing-shoe application.

Deep injection (150 mm; 6 inches) is limited by soil texture, soil moisture, stone content and slope. Therefore, in Ireland deep injection is only suitable for a relatively small area. Dribble bar spreading of slurry reduces the surface area of slurry exposed to the air. In addition, dribble bar spreading can achieve a more uniform spread pattern and less contamination of herbage by slurry solids.

The design of the Slurrykat dribble pak using hard straight cured hose ends on the booms means that the dribble bar can achieve the effect of the trailing shoe by combing the grass/ crop aside and delivering the slurry directly onto the soil surface. An alternative to the dribble bar is the trailing-shoe application system in which a metal shoe parts the herbage and slurry is deposited in bands on the soil surface, with the minimum of herbage contamination.

In recent research at Hillsborough, observations at the time of harvest indicated less contamination of herbage when slurry was spread by the alternative methods rather than by splash plate. Similarly, research in England has shown that slurry can be applied six weeks before a silage harvest by the new method with no contamination of the herbage or adverse effects on silage quality.

Window of opportunity for spreading

Research in England and at Hillsborough has shown that it is possible to spread slurry with a dribble bar or trailing shoe system much later after silage harvest than is feasible with a splash plate. The AFBI work indicated yield benefits from spreading up to 3 weeks after the first grass harvest.

Based on N fertiliser at a cost of £288 per tonne for 27% Calcium Ammonium Nitrate (CAN, 27-0-0), the slurry plot trials indicate the value of the nitrogen gained by applying slurry with a trailing-shoe or dribble bar to be £64 per hectare more than if the same slurry was applied with a splash plate. Taking average cattle slurry (6% dry matter) at an application rate of 50 m3/ha. Using trailing-shoe application systems rather than splash plate spreading, the chemical fertiliser required to supplement the available N from slurry for second cut silage could be reduced by 27 kg per hectare. This represents a saving in fertiliser costs of £28.80/ha. The net savings from using alternative slurry spreading systems will depend on the additional charges (if any) made by contractors for the use of such equipment. Where a farmer is using his own machinery, the extra operating costs will depend on the specification of the machinery purchased.

The grass on the right received an application of compound artificial fertiliser whereas on the left slurry was applied using the SlurryKat dribble bar system precisely at the same nitrogen application rate as the compound fertiliser. Both applications were carried out at the same time and the picture taken eighteen days later. The results from applying the slurry with a SlurryKat system not only demonstrates that nutrient uptake is dramatically increased and sward thickness is also visibly improved.

Slurry is a valuable source of nutrients. Recent research at AFBI-Hillsborough highlights important opportunities to recover more of the nutrients present in livestock slurry. Furthermore, new methods of application can increase the flexibility of slurry management by permitting a longer period of application after a silage harvest.

Although these new methods can be more costly, they provide important opportunities to minimize environmental pollution and improve availability of nutrients from slurry for plant uptake. 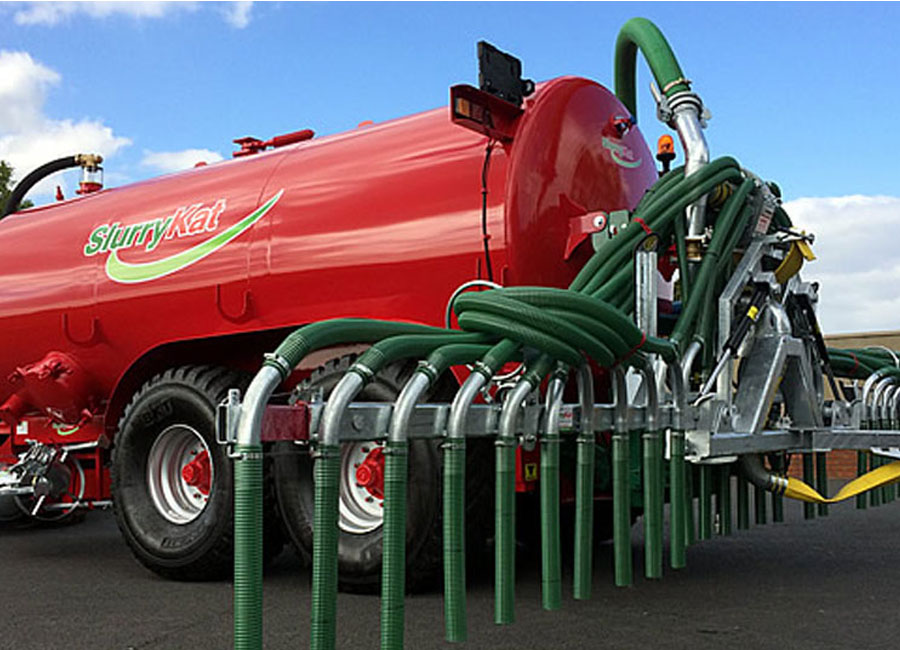 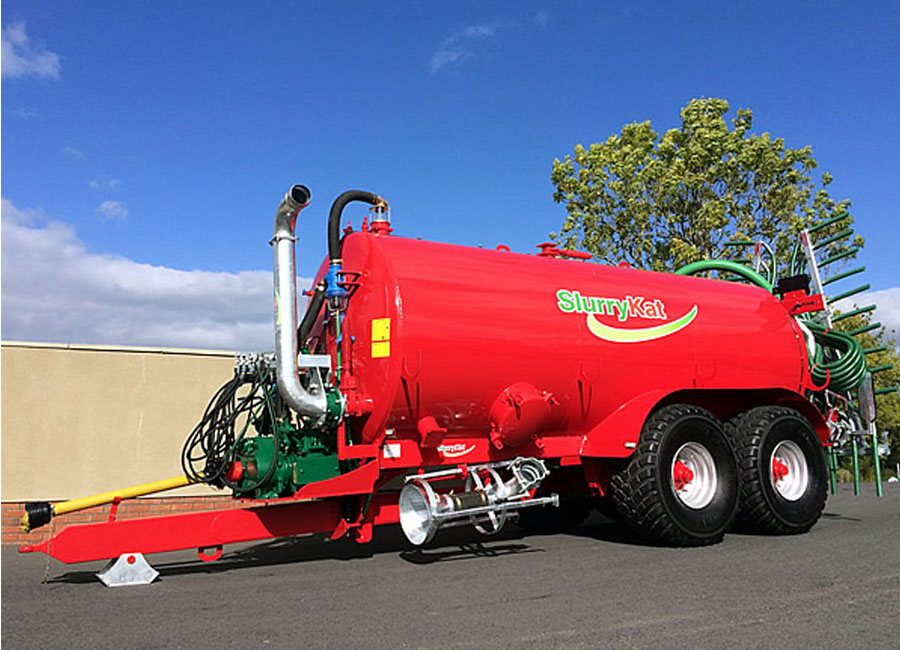 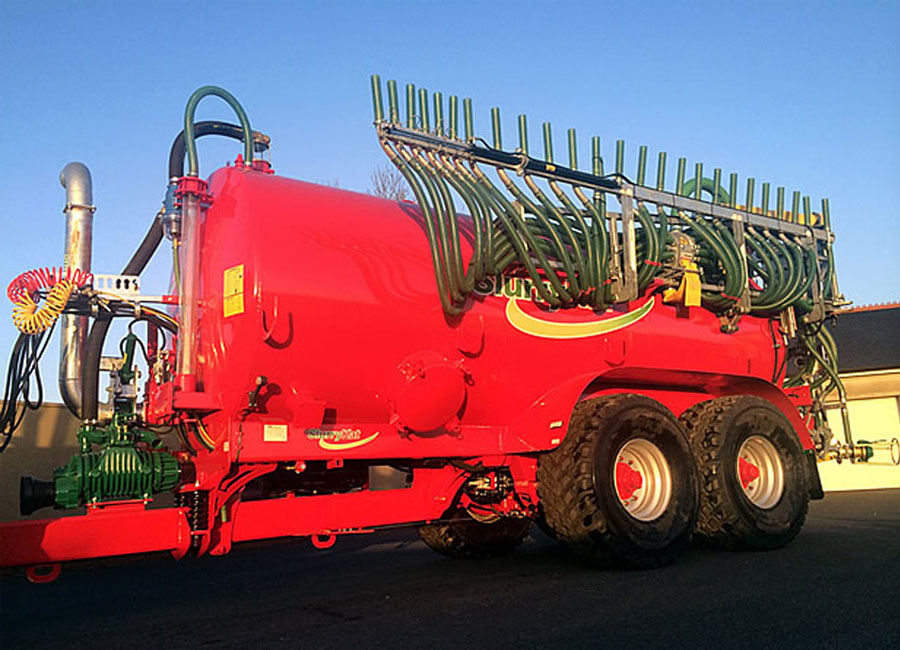 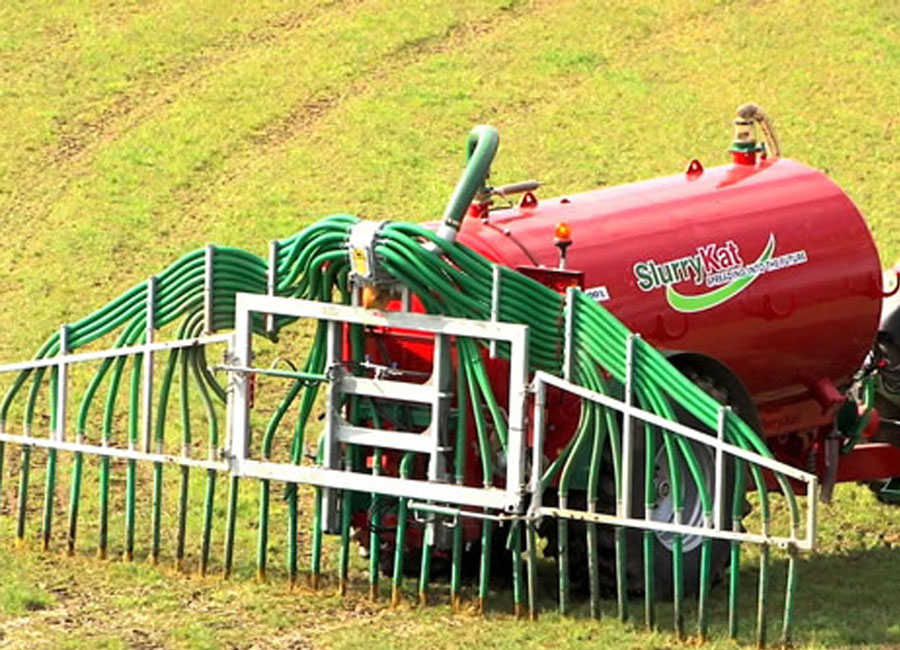